Blue Alerts are issued for wanted persons who are suspected of killing or seriously injuring a law enforcement officer.

Citizens throughout the huge state of Texas received a Blue Alert on their phones at midnight after a Clay County sheriff’s deputy was shot during an attempted traffic stop on Monday night.

That’s like a flood alert issued for the entire Lone Star state because a water main broke in a one-traffic-light town.

Texans received the Blue Alert in the middle of the night with no information. Keep in mind that most Texans don’t know the difference between a Blue Alert and a Blue Light Special at KMART. Some of the more conspiracy-minded Republicans probably thought the Blue Alert signified that one of the AWOL Democratic House Democrats had been spotted in their neighborhood.

I don’t mind if an Amber Alert wakes me up in the middle of the night, because it’s imperative that an abducted child be found as soon as possible.

But I’m not going to lose much sleep over a cop who is seriously injured or killed in the line of duty, after all they knew the risks of the job when they enrolled in the police academy.

It’s a tragedy whenever a law enforcement officer is shot in the line of duty and I hope the suspect is apprehended, but did a Blue Alert really need to be issued?

My visits last week to Texas and Frorida had massive numbers of cheering people gathered along the roads and highways, thousands and thousands, even bigger (by far) than the crowds of 2016. Saw no Biden supporters, and yet some in the Fake News said it was an equal number. Sad!

This is a typical Trump tweet in that it contains typos, lies, and an obsession with numbers.

It’s a blatant lie that there were massive numbers of cheering people gathered along the roads and highways when he visited Texas and Florida. Last week Trump held a campaign rally in Tampa, Florida that had a disappointing turnout. After the Tulsa debacle, Trump should realize that in a pandemic his supporters, many of whom are senior citizens, aren’t going to show up for his rallies in the same numbers as in 2016.

Trump shouldn’t be bragging, or should is say lying, about his campaign stops in Texas and Florida attracting massive numbers of cheering people. These two states have set new records for coronavirus deaths over the past few days, if anything he should be encouraging the residents of these two states to avoid crowds.

This tweet just emphasizes the fact that Trump is a demented lying piece of shit, and it’s high time to kick him to the curb. 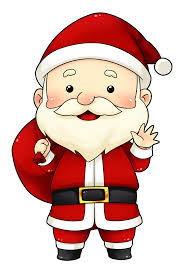 “Pastor Dave Grisham filmed himself Saturday standing in an Amarillo, Texas mall and heckling children as they waited in line to meet Santa.
He walked up to the line of families waiting to meet Santa and announced: Kids, I want to tell you today that there is no such thing as Santa Claus. Santa Claus does not exist.
He continued: The Christmas season is about Jesus. Jesus was born 2,016 years ago. He was born in a manger in a small town called Bethlehem.
‘Don’t lie to your children and tell them there’s such thing as Santa, when you know in reality that there are no flying reindeer, there is no workshop of the North Pole, there is no elves making toys, that you buy all gifts and put them under tree. That’s all the truth!'”
The American Mirror
The Apostle Paul told the congregation at Corinth that they were ambassadors for Christ, an ambassador for the loving Jesus should exercise tact and diplomacy in preaching the Gospel message.

The loud and obnoxious Pastor Grinch succeeded only in turning people away from the Gospel with his self-serving publicity stunt.

How would Grisham like it if an atheist walked into his church while his congregation waited in line to receive communion, and shouted: Jesus died some 2,000 years ago! He didn’t rise from the dead! Stop believing in myths and fables!

I pray that a prophet filled with the holiday spirit will take a giant King James Bible and spank the hell out of Pastor Asshole if he pulls this stunt again.