Evangelicals believe in the Rapture of believers, where born-again Christians around the world will taken up to the clouds to meet Jesus prior to the unleashing of apocalyptic events that will make the biblical flood look like a relaxing session in a Jacuzzi.

Even secular Americans are familiar with images that depict the Rapture like empty pile of clothes in cars and planes whose drivers and passengers have suddenly disappeared. They may not know the meaning of the deity of Christ or be familiar with the doctrine of salvation by faith, but they’ve heard about the Rapture.

The word “rapture” doesn’t appear in the King James translation of the Bible, and until relatively recent times most Christians didn’t believe in a literal and physical Rapture of the Church.

Modern day evangelicals have a Holy Ghost orgasm every time war breaks out, an earthquake kills thousands or a pandemic devastates a population, because they believe these are the signs of the end times that were prophesized to take place before the return of Jesus.

They don’t have any sympathy for the suffering of unbelievers, and they consider anyone who isn’t an evangelical an unbeliever, including not only Muslims and Jews but Catholics and mainline Protestants.

If evangelicals believe in crappy science fiction nonsense like the Rapture, we shouldn’t be surprised they believe in crazy conspiracy theories like the Big Lie or that the world is controlled by a cabal of Satan worshipping pedophiles.

Evangelicals believe that after they’re raptured life on Earth will be hell. But the fact is that life would be paradise without the homophobic, misogynist, vengeful, hateful and intolerant a-holes. The horrors of the Tribulation would be a small price to pay for getting rid of evangelicals.

Pat Robertson reports that he has been told by God that Trump will win reelection … and it will bring about the beginning of the End Times.

I try not to engage in conversation with racists, morons, buffoons and assholes, and it makes me wonder why the Almighty has a penchant for speaking to assholes the likes of Pat Robertson. Shouldn’t the omniscient Creator of the universe exercise some discipline to whom He speaks?

I’m guessing the Lord doesn’t speak to me because when I fart, I don’t cup my ears to interpret the Word of God emanating from my ass. White Trump supporting evangelicals who believe that a satanic cabal of pedophiles controls the world have no problems believing Robertson when he imparts divine wisdom by breaking wind.

It should be noted that this isn’t the first time that Robertson has predicted the end of the world, in the 80’s he prophesied:

“I guarantee you by the end of 1982 there is going to be a judgment on the world.”

I’m not a prophet or a theologian, but I predict that these are the end times for the 90-year-old snake oil salesman.

I’m not going to place my right hand on the Bible, but I predict that Joe Biden is going to win in a landslide. God isn’t whispering in my ear or speaking through my ass; I’m relying on the polls that show Biden leading in the national polls, and more importantly in all the swing states. 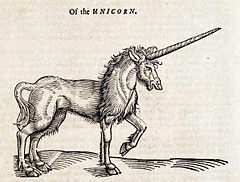 “Starbucks` wildly popular Unicorn Frappuccino may have come and gone, but it lives on atop the head of one Canadian stylist`s satisfied customer.

Kelly Woodford, owner of the Sapphire Hair Lounge in Winnipeg, Canada, shared a short video on Instagram comparing the colors of a Unicorn Frappuccino to the colors she used to dye a customer`s hair.”

I am contemplating running for mayor of my city for the sole purpose of banning any Starbucks within city limits. Starbucks are a magnet for millennials, slackers and assorted riff-raff, it boggles the mind that they haven`t been targeted by jihadists or spree killers.

I love coffee, and I get my daily fix at a Waffle House, and it`s served by a waitress, not a freaking barista. Any millennial who works as a barista should be drowned in a vat of Unicorn Frappuccino.