White evangelicals have been practicing social distancing since time immemorial, they will cross over to the other side of the street if they see a stereotypically gay man approaching them. They don’t want to come within 60 yards, never mind six feet, from feminists, immigrants, gays and lesbians, and people of color.

But they don’t believe social distancing when it comes to each other. Evangelicals are making a pilgrimage to the movies to see Lionsgate’s Christian movie, “I Still Believe”, making it the number one movie in the country. The faithful believe prayer and Purell will protect them from the coronavirus.

Donald Trump, the stable genius, declared March 15, 2020 a National Day of Prayer and millions of white evangelicals will selfishly congregate in crowds of hundreds and thousands in churches, disregarding common sense and spreading the coronavirus.

The coronavirus is no respecter of persons, it infects atheists, Muslims, Jews and Christians of all stripes, especially when they congregate in confined spaces. Brandishing a giant Bible, speaking in tongues and being full of the Holy Ghost ain’t going to protect you from the coronavirus.

I won’t heed the call of the False Messiah, and I won’t be attending church this Sunday. Thoughts and prayers are ineffectual against viruses and bacteria, the best way to fight the coronavirus is by avoiding large crowds, abstaining from shaking hands, and washing your hands religiously. 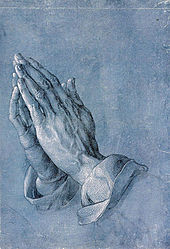 For a while now, CBN News has reported how evangelical Christians have unprecedented direct access with President Trump. It has led to input on policy and consistent prayer among Cabinet members. Pence says there is prayer going on inside the White House all the time, not only on the National Day of Prayer.

`There`s prayer going on on a regular basis in this White House. And it`s one of the most meaningful things to me, whether it`s public meetings or not, I`ve lost count of the number of times that the president has nudged me, or nudged another member of the Cabinet and said, `Let`s start this meeting with prayer,` he told Brody.

Previous Republican presidential candidates have actively courted the evangelical vote during the campaign, and paid them only lip service once they win.

Donald Trump embraced white evangelicals during the campaign, and he`s rewarded them for their loyalty by actually backing legislation, and issuing executive orders that promotes the evangelical agenda.

Trump doesn`t have a spiritual bone in his body, and is more familiar with the Penthouse Forum that he is with the Bible, but he realizes that white evangelicals are an integral part of his base, and he will do anything to earn their support.

Evangelicals are cognizant that Trump is a vulgar, corrupt lying sack of crap, but they have no qualms about supporting him — as long as he remains loyal to their political agenda.

Trump`s cabinet has been called the most evangelical cabinet in history, and it`s also the most corrupt in history. Most of Trump`s cabinet attends a weekly Bible study in the White House, and the policies they are enacting are anti-poor, anti-immigrant and antithetical to the philosophy of Jesus Christ.

Mike Pence claims that there`s prayer going on on a regular basis in the White House, but it`s hands down the most corrupt administration in history.

This Bible study-loving and praying administration is leading or democracy straight to hell! Trump, Pence and hte rest of these Pharisees can`t rot in hell. 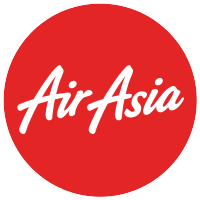 “An AirAsia flight headed for Kuala Lumpur, Malaysia was forced to turn back to Perth, Australia on Sunday morning following a severe engine problem.

Passengers described the wild ride as being like a washing machine with rapid shaking and rattling following a huge bang that took place around 75 minutes into the six-hour journey. The shaking, framed as something of an engine seizure, was reported to have been so violent that the pilot – even with 44 years of experience – called on passengers to pray.

Passengers were also asked to keep an eye on the engine outside their window, as the pilot did not have a good view from the cabin.

No one was injured during the terrifying trip on the budget airline, although marine emergency services north of Perth were placed on standby in case a water landing was required, Australia`s local ABC reported.”

When an airplane suffers a severe engine problem and cabin is shaking like a washing machine it`s perfectly understandable if all the passengers pray, and beg the Almighty for deliverance. If the plane was rocking and rolling I`d be rolling down the aisle and praying like a holy roller on crack.

But the last thing in the world I want to hear from the captain is a request for the passengers to pray, not once, but twice. In effect he was confessing to his passengers that he was scared shi*less, and that they shouldn`t rely on his experience and expertise, but pray for a miracle.

For a pilot to ask for his passengers to pray when things get a little bit dicey is just as distressing if he had shouted “Allahu Akbar!” The only acceptable form of prayer in the cockpit is silent prayer, for a pilot to make any allusion to a higher power is unacceptable, period!

You get what you pay for, if you fly on a budget airline don`t be surprised if the captain asks the passengers to pray and keep an eye on the sputtering engine outside their window.

After all the negative publicity that this captain has brought on AirAsia, this budget airline doesn`t have a prayer of remaining in business for long.