The National Republican Senatorial Committee held a retreat in Palm Springs, Florida to discuss their strategy for retaking the House and Senate in the midterm elections.

In a classic example of being off subject, unprompted Donald Trump blurted “I’m not into golden showers.” “You know the great thing, our great first lady, “That one, she said, I don’t believe that one.” Am I supposed to infer that Melania believes every other disgusting accusation against her husband?

The short-fingered vulgarian resurrected the unsubstantiated claim that he once ordered prostitutes to perform golden showers in front of him while at a hotel in Russia. There’s a rumor that the tawdry episode was captured on video.

If a patriot leaks the Trump Golden Showers video it would break the internet, but it wouldn’t necessarily destroy Trump’s chances of retaking the White House in 2024. If a video emerged of prostitutes pissing on him, his evangelical believers would declare that we were witnessing a miracle: Angels showering their orange messiah with the blessings of the Holy Ghost.

The EPA should declare Trump a toxic waste site: his face is sprayed with suntan chemicals, his diapers are full of shit, he’s drenched in urine courtesy of Russian working girls, and one can only imagine how many STD’s thrive on his puny presidential pecker.

Trump is so disgusting, I can’t write another word and I’m going to take a nice long shower.

“A stunning New York Times exposé of the President’s tax returns Sunday revealed a pitifully inept businessman and a serial tax avoider crushed by massive debts that could expose him to conflicts of interest given his position as President and power to help undisclosed lenders.

In 2016 and 2017 each, Trump paid just $750 in federal income taxes — far less than many Americans who are working hard amid a deep recession to stay afloat. Trump took huge deductions — including $70,000 to take care of his hair.”

The New York Times expose of Trump’s tax returns exposed him as the worst businessman in the history of capitalism, a fake billionaire who owes over a billion in loans, and a vain fat baboon who spends tens of thousands in hairstyling costs.

You’d think it would be relatively inexpensive to maintain Trump’s unique hairstyle: $100 a day for a Russian hooker to rain golden showers on his wispy hair. Five bucks for a comb to perfect his combover from hell. Twenty bucks for a blow dryer to lend his hairdo that defies physics and common-sense look.

The con-in-chief wrote off $70,000 in hairstyling for The Apprentice, arguably the mother of all questionable tax write-offs. I remember last year when Congresswoman Alexandria Ocasio-Cortez spent $250 for a haircut and color and was mercilessly ridiculed by outraged members of the Republican party.

These shocking revelations won’t do anything to persuade Trump’s base that he is a vain con man who doesn’t deserve their loyalty. Trump could kidnap a hairstylist in the middle of 5th Avenue in broad daylight and force him to give him a haircut and he wouldn’t lose any supporters. If Trump made an appeal on Twitter for donations to pay for his hairstylist, he would raise a million dollars in minutes.

I would love to light a match to Trump’s hairdo and watch in delight as the hairspray saturated coiffure erupted in a conflagration. Just a fantasy, I’m not encouraging anyone to punish Trump for being such a tax cheat.

The New York Daily News headline screams: PEE BRAIN! Is this yellow journalism (no pun intended), or does President Donald Trump deserve the golden showers of ridicule that are devastating his administration?

That`s a rhetorical question, Trump is indeed a pea-brain short-fingered vulgarian who is destroying our democracy and staining his presidency. It`s incumbent upon all legitimate newspapers to expose him as an Emperor who has no clothes and is drenched in urine.

When then FBI Director James Comey told President Donald Trump about the infamous dossier, he seemed obsessed with the most lurid allegation, that the Russians had a tape of prostitutes urinating on each other in his hotel room in Moscow.

According to Comey, Trump told him to investigate it to prove that it didn`t happen. Comey quotes Trump as saying: If there`s even a 1% chance my wife thinks that`s true, that terrible.

Methinks the lady doth protest too much, there`s a 100% chance Melania knows that her hubby is the kind of freak who dances the Macarena while hookers piss all over him.

The White House needs a solid cleansing, the People`s House needs to be hosed down, washing away pee-stained Trump and his all of his lackeys. 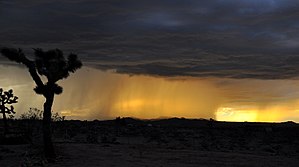 We`ve been experiencing a flood of Biblical proportions for the last year, but we are being drenched not with cleansing rain, but with golden showers.

Christopher Steele`s infamous dossier included the salacious claim that Donald Trump once ordered hookers to perform a golden show in front of him while at a hotel in Russia.

According to the Source D, where s/he had been present, TRUMP`s (perverted) conduct in Moscow included hiring the suite if the Ritz Carlton Hotel, where he knew President and Mrs OBAMA (whom he hated) had stayed on one of their official trips to Russia, and defiling the bed where they had slept by employing prostitutes to perform a `golden showers` (urination) show in front of him. The hotel was known to be under FSB control with microphones and concealed cameras in all the main rooms to record anything they wanted to.

This dossier was published in 2017, and the golden rain is still staining and corrupting our moral infrastructure.

There have been countless articles, theses and even books written about Donald Trump`s pee tape. Kim Kardashian and Paris Hilton`s sex tapes failed to break the Internet, but if Trump`s pee tape is ever leaked online it may be the final nail in the coffin of Western Civilization.

It`s impossible to go online, read a newspaper, or watch the TV news without being drenched by the golden showers emanating from the Trump administration.

America survived Monica Lewinsky`s DNA-stained blue dress, and her orifice being employed as a cigar humidifier, and I`m confident that we will survive Trump`s seemingly endless golden showers.

“President Donald Trump breathed new life into one of the oddest political scandals in the country`s history Wednesday when he alleged to The New York Times that former FBI Director James Comey may have tried to use the so-called `Golden Shower` dossier as leverage over him.

The memo was generated by former British spy Christopher Steele, and, among other accusations, it contained a wild claim that Trump once hired prostitutes to urinate in front of him on a bed that former President Barack Obama and first lady Michelle Obama had slept on at the Moscow Ritz-Carlton. The report claimed that a video existed of the alleged incident, but no proof has surfaced to date.”

If a political operative alleged that a politician had hired prostitutes to urinate on a hotel bed that one of his opponents had once slept on, it would immediately be dismissed as political dirty tricks of the lowest order.

But nobody was particularly surprised or shocked when a former British spy claimed that Donald Trump hired escorts to urinate on a hotel bed that former President Barack Obama had slept on.

After all an obscene and vulgar man who brags about the size of his manhood and boasts that he can get away with grabbing woman by their genitals is capable of anything.

Allegedly a video exists of the whores urinating on the bed while Trump nods in approval, but if it were released Trump wouldn`t lose the support of his base. His followers would insist it was a miracle: Holy water emanating from the nether regions of virtuous women, a prophecy that the Lord would soon be blessing America with golden showers of the Trump presidency.

Trump`s presidency has been anything but a blessing, and it would be in character if a man who has been shi**ing on the Constitution for the last six months hired call girls to urinate on a bed.

Trump is his own worst enemy, he keeps mouthing off about all things Russia. I hope and pray that he will be impeached and showered with rotten eggs.