Fox News TV talk show host Sean Hannity was an early supporter of Donald Trump, he was onboard the Trump Train back in 2016 when it was barely gathering speed.

Hannity defended Trump throughout his tumultuous tenure, and even after his hero’s administration ended in the train wreck of January 6, 2021, he has continued to amplify the Big Lie.

Hannity has been a vociferous mouthpiece for Trump, if you took a shot of whiskey every time he invoked the name of Trump during his TV show, you’d be drunk before the first commercial break.

But now Hannity seems to be on the outs with Trump and his legion of supporters.

The Fox talking head may not have believed the Big Lie “for one second”, but he devoted hundreds of hours on Fox News spreading it.

This revelation that Hannity isn’t a true believer has upset Trump and his celebrity allies like Mike Lindell and Steve Bannon. They have blasted him and called him everything but a child of God.

Trump expects his supporters to defend him, whether he’s right or wrong, 100 percent of the time. Trump’s never had a pet dog, but he has legions of bitches. His supporters are his bitches, and he expects this mongrel horde to attack anyone who disagrees with him.

Hannity is now in the doghouse, and he’d better debase himself before Trump, if he wants to be back in his good graces.

“President Donald Trump faced life outside his own political bubble on Tuesday, where his self-congratulation, buck passing and audacious falsehoods conspicuously failed to meet the moment when he was confronted by undecided voters.

Trump appeared at an ABC News town hall in Philadelphia, and peppered a socially distanced audience with the rhetoric and talking points that delight his loyal base. But if his goal was to satisfy relatively small groups of voters who polls show haven’t yet made up their mind, the President appeared to fall short and rarely addressed the substance of questions about his handling of the coronavirus pandemic, race relations and health care.”

When Donald Trump presides over a Cabinet meeting, he usually allows every subordinate present to make a statement, thereby giving them an opportunity to lavish him with praise. The sycophants try to outdo each other in their displays of obsequiousness, and it’s impossible to witness the spectacle without being embarrassed for them.

Trump frequently grants interviews with TV anchors and reporters, but most of them are with Trump-friendly Fox News. These toadies lob softballs that even Stevie Wonder could hit out of the park, and they rarely follow-up when Trump utters an outrageous lie or makes a ridiculous statement.

Trump loves to hold rallies with his loyal base where every insult he hurls, every lie he tells, and every conspiracy theory he repeats is met with hearty applause.

To sum it up, Trump loves to meet with subordinates, reporters and supporters who accept his every ignorant and ridiculous remark as the Gospel.

But he doesn’t have much experience dealing with private citizens who aren’t predisposed to treat him as the Second Coming of Jesus Christ. That’s why the ABC News town hall was such a disaster, the folks who attended the event treated him with respect but without the adulation that’s promiscuously showered on him at his MAGA rallies.

When a reporter from CNN or MSNBC asks the president a tough question, he doesn’t hesitate to rudely blow them off. But Trump can’t afford to treat voters with such contempt, and he was off his game the entire night.

The ABC News town hall doesn’t bode well for Trump’s likelihood of winning the presidential debates. The moderators aren’t going to treat him with deference, and the audience won’t respond like Beliebers at a Justin Bieber concert. I predict Trump will lose the debates and the election.

“Really pathetic how @FoxNews is trying to be so politically correct by loading the airwaves with Democrats like Chris Van Hollen, the no name Senator from Maryland. He has been on forever playing up the Impeachment Hoax. Dems wouldn’t even give Fox their low ratings debates….

So, what the hell has happened to @FoxNews. Only I know! Chris Wallace and others should be on Fake News CNN or MSDNC. How’s Shep Smith doing? Watch, this will be the beginning of the end for Fox, just like the other two which are dying in the ratings. Social Media is great!”

Fox News is to the Donald Trump administration what Pravda was to the Soviet Union, and the stable genius panties get twisted in a bunch in the isolated instances when his propaganda arm doesn’t demonstrate cultish fealty and unquestioned loyalty.

But Trump’s ego is so fragile that when Fox News has a Democrat guest to try to achieve a semblance of fairness and journalistic integrity, his little fingers go crazy blasting Fox News on Twitter.

Senator Chris Van Hollen isn’t a demagogue, he is a calm and reasoned statesman and if he makes Trump’s blood boil, he’d probably suffer a heart attack if Fox News had on Bernie Sanders as a guest.

Relax Donald, the morning stooges and the primetime commentators are a cash cow for Fox News, and your favorite media outlet isn’t going to stem its pro-Trump propaganda anytime soon.

Of course, you think Twitter is great, you’re free to spout lies online unchallenged, but even Fox News has to once in a blue moon offer a different perspective.

The Fox News Network stopped using the “fair and balanced” tagline a while back, a tacit admission that as the propaganda arm of the White House it’s neither fair or balanced.

The prime time opinion hosts of the conservative network (Tucker Carlson, Sean Hannity and Laura Ingraham) resemble Joseph Goebbels, Adolph Hitler’s Propaganda Minister, more than they do objective analysts. Only a Trump cultist would be satisfied by the reporting and commentary offered by Fox News.

Trump enjoys a symbiotic relationship with his favorite news network. He praises his favorite Fox News personalities on Twitter, and grants interviews to Fox News on a regular basis while shunning the broadcast TV news programs and CNN and MSNBC, and it return he expects glowing coverage. To sum it up he generates ratings for Fox News and in return they treat him like the Second Coming of Ronald Reagan.

Make no mistake about it, Trump views Fox News as the media arm of his White House, and he throws a tantrum whenever the network provides air time to any of the Democratic presidential hopefuls.

“So weird to watch Crazy Bernie on @FoxNews. Not surprisingly, @BretBaier and the ‘audience’ was so smiley and nice. Very strange, and now we have @donnabrazile?”

Notice the use of the word “we”, Trump views Fox News as an integral part of his reelection campaign.

And after the Mayor Pete town hall aired on Fox News, Trump tweeted:

Hard to believe that @FoxNews is wasting airtime on Mayor Pete, as Chris Wallace likes to call him. Fox is moving more and more to the losing (wrong) side in covering the Dems. They got dumped from the Democrats boring debates, and they just want in.”

He also referred to the South Bend, Indiana, mayor again as longtime Mad Magazine mascot Alfred E. Neuman. When Trump is frustrated he reverts to using childish nicknames to refer to his political opponents.

I hope the head honchos at Fox News will have an epiphany and realize that their cozy relationship with Trump is destroying their credibility and enabling a tyrant.

Oh for the old days when Fox News could get away with semi-plausibly using the slogan “Fair and Balanced.” 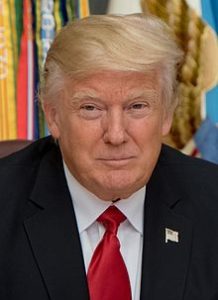 The US leader was heavily criticised after he lambasted `Morning Joe` hosts Joe Scarborough and Mika Brzezinski for their coverage of his administration on Twitter – and was rude about Ms Brzezinski`s appearance.

`I heard poorly rated @Morning_Joe speaks badly of me (don`t watch anymore),` Mr Trump wrote. `Then how come low I.Q. Crazy Mika, along with Psycho Joe, came to Mar-a-Lago 3 nights in a row around New Year`s Eve, and insisted on joining me.`

He added: She was bleeding badly from a face-lift. I said no!”

Whatever incoherent policy Trump`s advancing or whatever vulgar tweet he just posted, he can count on the “Fox and Friends” hosts to spin his shi* into gold.

But Trump`s latest ad hominem attack on Mika Brzezinski was so sexist and perverse that even the “Fair and Balanced” network criticized him.

Fox News anchor Shepard Smith, the only politically moderate personality on the network , led his afternoon newscast with Trump`s profane Twitter rant, stating that some critics are calling it sexist cyber bullying.

“Media Buzz” host Howard Kurtz opined that it`s perfectly clear to people who aren`t paid to defend him that he crossed a line.

When Fox turns against Trump you know that he`s in deep trouble. Trump watches Fox for affirmation and moral support, and he tunes into MSNBC and CNN to get his daily fix of outrage. Trump thrives on chaos and controversy, and a few minutes of watching these cable outlets fuels his inferiority complex and he soon lashes out on Twitter.

When the “Fox and Friends” dimwits finally turn against Trump, he will probably suffer a heart attack or go bonkers and nuke North Korea or Canada. 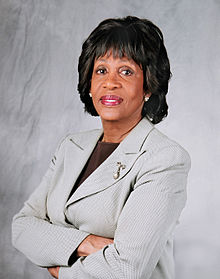 When I turn on a cable news channel and I hear Donald Trump`s belligerent, bellicose and infantile rhetoric I tune him out. Maxine Waters can match Trump insult for insult, when I hear her rant on TV I also quickly tune her out.

When I looked up the video on YouTube where Waters was blasting Trump`s policies, I was also distracted by her ridiculous James Brown wig.

James Brown is probably spinning in his grave, and screaming: I may have died over a decade ago, but I still look better than Waters, old hag better take that damn wig off.

Trump`s unique hair has been brutally mocked by comics, pundits, and politicians, but you don`t hear conservatives scream ageism or sexism. It`s almost impossible to watch CNN or MSNBC for more than an hour without hearing a journalist or a politician ridicule trump`s hair, skin complexion or tiny hands, but criticize a black woman`s hair and you`re treated like a racist and sexist pariah.

I`m sure Maxine`s skin is as thick as her James Brown wig, we should stop patronizing her and treating her like a fragile little thing.

O`Reilly`s joke is par for the course in the tough world of politics, Maxine doesn`t need any help dealing with obnoxious political commentators or snarky bloggers.