When a zillionaire, who believes that we live in a simulated reality, buys Twitter, you don’t have to be a theoretical physicist to know that he will turn it into his virtual playground where anything goes. Elon Musk has set the tone by tweeting conspiracy theories, firing thousands of employees by email and verifying Jesus Christ’s Twitter page with the cherished blue checkmark.

Jesus’ Twitter page feature a profile picture of a Jesus statue pointing its right index finger and raising its left thumb with a smile and a wink. The smile and the wink are clues that this isn’t the Republican Jesus who frowns at anyone having fun, and has a penchant for condemning liberals, gays and feminists to hell. That last thing Twitter needs is a MAGA Jesus egging on the demonic antics of Donald Trump.

The Jesus of the Gospels had twelve disciples, but Twitter’s Jesus has 830,000 followers, and he doesn’t follow anyone, not even Elon Musk. Trump-worshipping white evangelicals have made it embarrassing for anyone to admit that they are a follower of Jesus Christ, but I’m not ashamed to say that I am a follower of Twitter Jesus. I’m not even ashamed to spread the word: Follow Jesus at: https://twitter.com/jesus

According to Christian tradition the seven deadly sins are: envy, gluttony, greed or avarice, lust, pride, sloth, and wrath. But white evangelicals, many of whom are obese, proud of their sanctimoniousness, envious of their more well-heeled mainline Protestant brethren, and angry with anyone who doesn`t worship Trump, think that sexual sin is the mother of all sin.

They consider a Christian, especially a woman, caught in sexual transgression the lowest form of sinner. They demonize gays and lesbians, and treat them like trash, even though Jesus Christ never condemned homosexuality, or even mentioned gays. Jesus apparently wasn`t bothered that people might think he was gay, because he spent every day and night during his ministry living with twelve male apostles.

About 80 percent of white evangelicals voted for Trump in 2016, and in spite of the Stormy Daniels scandal, and his affairs with other women of ill-repute there has been no erosion of support.

White evangelicals frequently proclaim that the Bible tells us to pray for our leaders, and that we should pray for Trump. But they never pray for Trump to repent of his predatory sexual behavior, his greed and mean spirit, instead they pray that the Almighty would continue to bless him. As if God would bless an unrepentant sinner who takes pride in his sins, sexual or otherwise.

Damn Donald Trump and his white evangelical enablers, gays will sashay through the Pearly Gates while they will be greeted in hell by demons with an insatiable appetite for sodomizing religious hypocrites. 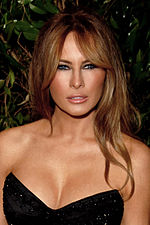 When Melania Trump defiled the White House by lining a hall with blood-red Christmas trees, evangelicals came to her defense claiming that the early church would dye the trees red to symbolize the blood of Jesus & the resurrection.

Bullshit! This religious justification for the execrable red Xmas Trees has been debunked by Snopes. Com and Politifact. Evangelicals try to justify and explain Trump`s myriad vulgarities and obscenities, if the stable genius hung a string of used condoms around his neck they would claim that they represent Christmas stockings. 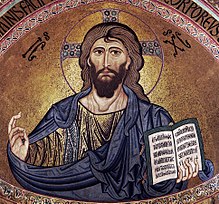 “JESUS used cannabis and was an early champion of its medicinal properties, a growing consensus of experts agree.

Cannabis historian, author and journalist David Bienenstock is one who believes cannabis oil even explains the `miracles` attributed to Jesus.

Speaking exclusively to Daily Star Online, he said: `Historical records show that cannabis was widely available at the time – they would`ve known how to grow it and exploit its medicinal properties.`

`There is nothing different in the efficacious cannabis oil used today that wouldn`t have been available to people in Jesus` time – it`s simply a matter of concentrating the cannabis into the oil and absorbing it through the skin.“”

According to the Daily Star Jesus Christ was a stoner, granted the Daily Star is a British tabloid and we shouldn`t accept everything they print as Gospel, but it makes a lot of sense to me.

David Bienenstock is a cannabis historian and one of the leading proponents of the thesis that Jesus was an early champion of its medicinal properties.

I`m not a cannabis historian or a renowned stoner like Snoop Dogg, but the Jesus depicted in history books and Bibles looks like the quintessential stoner. Think about it, he wears sandals, a long flowing robe, and has long hair, the only thing missing is flowers in his hair.

I wouldn`t go as far as Bienenstock and claim that Jesus Christ`s miracles can be attributed to the medicinal properties of the holy weed, but why would the 12 apostles follow him around everywhere if he wasn`t sharing his heavenly stash with them?

Jesus had a peaceful temperament, and traveled about spreading good vibes, that aptly describes the typical pot user.

I would highly recommend that white evangelicals shill the hell out, and smoke a little weed, it might make them more like Jesus.

I hope nobody thinks this lighthearted essay is sacrilegious, I`m not denying the divinity of Jesus, I`m just saying that Jesus was a really cool dude who probably smoked reefer. 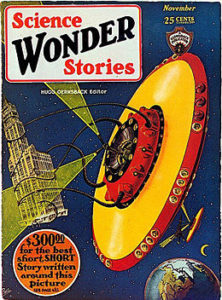 “Aliens were hovering around at Christ`s crucifixion – but the little green swine didn`t lift a finger to help the son of God as he hung there.

That`s the conclusion of conspiracy theorists – who claim to have spotted an actual UFO hovering near the cross in a depiction of the death of Christ.

A fresco painting in a church in Svetitskhoveli Cathedral in Georgia shows a little floating disc next to Jesus`s body – and naturally, conspiracy theorists have gone wild.

The website Ancient Aliens says, `The unknown artist seems to be telling us that these flying saucers were present during the death of Jesus.`”

For decades UFO nuts have claimed that fuzzy specks in photographs and videos are flying saucers, but all this “evidence” doesn`t amount to a hill of beans or a ton of megapixels.

In a novel twist a UFO enthusiast is claiming that a painting that depicts the crucifixion of Jesus Christ includes a flying saucer.

Artists, past and present, use symbols to represent metaphysical or spiritual concepts. For example a modern-day artist might paint an orange piece of dung to represent Donald Trump.

The object in the fresco painting that looks like a UFO is probably meant to represent a demon, certainly there was a lot of evil present when Christ was crucified.

There are no flying saucers in photographs, paintings or in real life. Get over it people, our evil little planet is of no interest to higher intelligence.