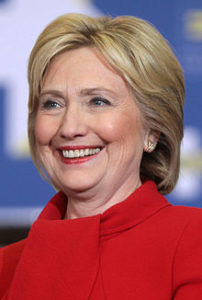 “Police in New Castle, New York, have confirmed a fire at the home of Bill and Hillary Clinton in Chappaqua, a town north of New York City.

Police declined to give further details on the fire at 15 Old House Lane where the Clintons have lived for nearly 20 years after buying it for $1.7 million in 1999.

Scanner reports said it was a bedroom fire and has been extinguished.

I am not going to hypocritically claim that I`m glad Bill and Hillary Clinton weren`t home at the time. I wish to God that Hillary had been home trying out new pantsuits, and that the fat heifer was engulfed in flames before she could run out the front door. I would be delighted with any scenario that precludes the witch from ever running for office again.

According to USA Today the fire started in a bedroom, leading some who are unfamiliar with Bill and Hillary`s marriage to conclude that things got so steamy between the amorous couple that they set the damn house on fire.

Truth be told theirs is a marriage of political convenience, Slick Willy is a philanderer and Hillary is a straight-up lesbian, I seriously doubt if they have ever enjoyed conjugal bliss.

The Clintons have lived in Chappaqua for a couple of decades, but they have probably been together in their home only a handful of times. The Clintons own several properties, and they`re not going to be under the same roof if they can help it.

2018 almost started off in a terrific manner, but sad to say Bill and Hillary Clinton are alive and well. 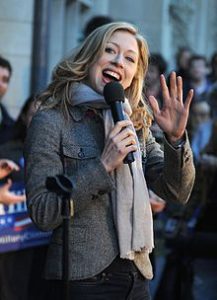 Despite two humiliating losses for Hillary Clinton, in 2008 she lost to a political neophyte with a Muslim name, and in 2016 to a racist clown, Democratic elites are determined to keep the Clinton dynasty alive.

Bill and Hillary didn`t have any offspring, but Hillary and Webster Hubbell had one daughter, Chelsea Clinton. Unfortunately, Chelsea has all the physical attractiveness and charisma of her toad-looking baby daddy, which is zilch.

But that hasn`t stopped the liberal elites from promoting Chelsea as the Second Coming of Bill Clinton. If Chelsea possessed even a fraction of the charm and charisma of Bill she would be a viable candidate, but she doesn`t have the allure to elicit a cat call from a crackhead homeless person.

Chelsea is physically repulsive, she doesn`t know how to work a crowd, she`s the most unnatural politician since her mother. Even with the financial backing of the one percent, she couldn`t be elected dog catcher in New York City.

The Democratic Party should stop trying to foist this abomination on us — can you imagine what Donald Trump would do to Chelsea if she ran against him in 2020? He would grab her by the pussy, bitch slap her, command her to spray orange tan on his face, and he would win in an electoral college and popular vote landslide!

The Democrats need to get it through their thick heads that the Clinton brand is dead beyond salvation. The Democratic Party desperately needs an infusion of new blood.

Publicly Democrats are united in trying to undermine the Trump administration, but behind closed doors they`ve been debating the best way to move forward.

The Sanders/Warner wing of the party wants to double down on socialism light and present a populist agenda that will appeal to middle class and working class voters. The establishment/pragmatist section of the party is persuaded that Hillary Clinton`s center/left platform would have prevailed against Trump, if only she hadn`t been such an unappealing and ineffectual candidate.

Since her stunning defeat Hillary has mulled running for mayor of New York City and hosting her own TV show, but these trial balloons have been met with indifference, if not outright anger. Most Democrats want Hillary to simply go away, they recognize her as an old brand that doesn`t hold any attraction for Millennials.

But a small but influential segment of the Democratic Party doesn`t want to see the end of the Clinton dynasty, and they are hoping that Chelsea Clinton will run for office. Indeed, Chelsea has been attempting to raise her profile by attacking Trump on his favorite social media platform, Twitter.

The emergence of Chelsea Clinton as a viable candidate is the worst thing possible for the Democratic Party. Chelsea`s political ambitions must be nipped in the bud, she must be stopped my any means necessary. All factions of the Democratic Party must unite in fighting the Clinton loyalists, and doing everything possible to destroy Chelsea. I hate to be redundant but Chelsea must be politically destroyed!

“Bill and Hillary Clinton have decided to attend the inauguration of Donald Trump as the 45th President of the United States, according to two sources with knowledge of their plans. The Clintons will join former Presidents George W. Bush and Jimmy Carter, who have also announced that they will attend.”

I commend the Clintons for their decision to attend Trump`s inauguration out of a sense of respect for the American tradition of peaceful transfer of power.

As a nod that under Trump things will be different, if not necessarily better, Clinton should wear a frilly dress instead of one of her trademark power pantsuits.

It will be an outrage and an affront to decency if the Clintons attend Trump`s inauguration as a couple, Hillary was humiliated by Trump and she will never run for political office again. There is no need for the Clintons to maintain the charade that they are a conventional married couple. Hillary should watch the inauguration while holding hands with Huma Abdein, and Bill should have a bimbo perched on his lap.

Watching her bitter rival being sworn in from up close will be a bitter pill for Hillary to swallow, but it couldn`t happen to a nicer person.