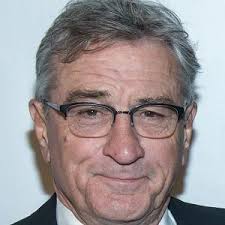 Sometimes the eloquent words of a statesman like a Winston Churchill or a Barak Obama are needed when the West needs to be warned about an existential threat to democracy.

Sometimes the primal scream of a prophet is called for when a nation needs to wake up to the truth that the Barbarians aren`t at the gate, but in the halls of power.

The time for civil debate with Trump supporters is over, they`ve had plenty of time to discern that the short-fingered vulgarian is unworthy of being dogcatcher, let alone the President of the United States. I might as well waste my time trying to convince a Nazi that Hitler wasn`t a good person.

When I see Trump my visceral reaction is: F Trump!

When I hear Trump speak my reaction is: F Trump!

When I hear a sycophant praise him my reaction is F Trump!

It`s a crying shame that CBS bleeped out De Niro`s shining moment. “F Trump” should be blaring from every public address system in America.