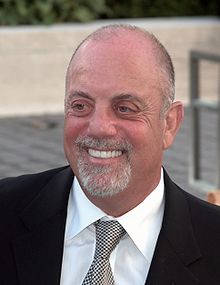 “Billy Joel may wear his heart on his sleeve in his songs, but Monday night he wore the Star of David to make a statement.

Joel, whose parents are Jewish, wore the symbolic yellow stars on the front and back of his jacket while performing at Madison Square Garden in New York City.”

This is an obvious reaction to Donald Trump`s deeply offensive and troubling remarks in the aftermath of the White Nationalists` rally in Charlottesville, Virginia.

Billy Joel normally eschews politics, but when the President of the United States is a Nazi sympathizer, all of us, artists, celebrities, politicians, writers, religious leaders and regular folks must take a stand.

Trump has made racist statements against virtually every minority: Muslims, immigrants, African-Americans, Mexicans, and Mexican-Americans.

The majority of Americans believe in racial equality and harmony, and we must repudiate the hatred and bigotry embodied by Trump.

Gary Cohn, Donald Trump`s top economic adviser, is said to be infuriated over Trump`s press conference in which the president couldn`t bring himself to denounce Nazis and White Supremacists in no uncertain terms.

Cohn was seething as he stood behind Trump while he was playing footsie with racists, but the moral coward hasn`t uttered a single word in protest.

If Cohn ever appears in a press conference with Trump again, at least he should wear a Star of David in case the president once again makes sympathetic statements about White Nationalists.

Kudos to Billy Joel, a gentleman, scholar and terrific rock and roller. When Trump is impeached I will blast his music all day long.