On Election Day 2016 Americans elected an ignoramus President of the United States. Under the guise of not being politically correct Trump ran an openly racist and nativist campaign, and under the cover of an anti-establishment stance we held our noses and elected him to the highest office in our land.

The message was dutifully sent: A pox on both parties, America was sick and tired of the corrupt Bush and Clinton dynasties. The message may have been delivered, but we paid a stiff price, the racist, homophobic and misogynist presidential candidate intensified his divisive rhetoric as president and through executive orders enacted policies that discriminated against women, gays and lesbians and minorities.

In these midterm elections it`s incumbent upon us to restore some semblance of checks and balances by voting blue and flipping the House and Senate.

The electorate that elected Trump in 2016 is not who we truly are, we must prove to ourselves and to the world that America doesn`t tolerate nationalism, nativism, racism, homophobia and racism.

As I pen this essay the polls haven`t closed yet, but I`m optimistic that we`re going to do the right thing and flip the House and perhaps the Senate, and in the process deliver an unambiguous message to Trump. 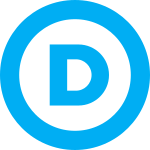 What is there left to know about Donald Trump? The blowhard billionaire doesn`t bother to put on a veneer of civility to disguise his racism, misogyny and homophobia. He`s so emboldened by the unwavering support of his base that he doesn`t bother with dog whistles, he uses a megaphone to trumpet his bigotry.

Theologians, professors, pundits and bloggers have thundered against his rhetoric and policies that hurt minorities and the disadvantaged and help the wealthy and the privileged.

In the last three years I have written hundreds of essays that chronicle his depravity, racism and misanthropy.

We don`t have to wait for Special Counsel Robert Mueller`s final report, only someone willfully ignorant or complicit in Trump`s corruption can argue that there is insufficient evidence to make the rational judgement that he should be impeached and removed from office.

If the Democrats regain control of the House Trump may be impeached, but the support of his base and the cowardice of Republican Senators ensures that he won`t be removed from office.

We can`t decapitate Trump`s administration, but we must vote for Democrats in the midterm elections so that we can at least emasculate him. The Senate looks like a lost cause, but if the Democrats win control of the House they can not only impeach him, but subpoena his tax records and launch investigations into his corrupt administration.

History will judge this generation harshly for having elected the bastard, but we can make amends by voting for Democrats in the midterms.