“Fiona Hill in an appearance on ‘Good Morning America’ on Monday confirmed that she believes Russian President Vladimir Putin deliberately chose an attractive woman to serve as his translator in order to distract former President Donald Trump during a 2019 meeting at the G20 Summit in Osaka, Japan.

A male interpreter was originally set to translate for the two world leaders but was replaced at ’the very last minute,’ Hill said.”

Russian President Vladimir Putin, a former KGB foreign intelligence officer, is an expert at using a honeypot to manipulate adversaries.  The wily dictator knew that the best way to distract the serial philander American president and deceive him into giving away the store was by choosing a bombshell to serve as his translator.

Trump isn’t conversant with the nuances of geopolitics anyway, and it deosn’t take much to distract him at a meeting with a foreign head of state.

Trump and Putin may have been discussing Yugoslavia and Russian tampering in the 2016 election but the short-fingered vulgarian’s attention would have been focused on the beautiful translator’s boobs and ass. 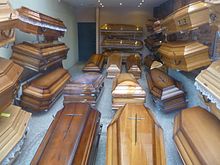 “A Japanese town is offering elderly drivers discount funerals as an incentive to give up their licenses — and hopefully delay their own memorials.

The Ichinomiya Police Department is partnering with the Heiankaku funeral home, which has 89 locations in Aichi prefecture, to offer 15 percent discounts on funeral services for elderly residents who agree to forfeit their driver`s licenses.

Recent statistics released by prefecture police indicated drivers over the age of 75 were blamed for 13 percent of the prefecture`s fatal traffic collisions in 2016.

Kudos to the Japanese town of Heiankaku for trying to convince elderly drivers to forfeit their driver`s licenses.

The elderly are a menace on the road; they tend to drive huge cars; they impede the flow of traffic by driving too damn slow, and their motor skills are too slow to react to quickly changing traffic conditions.

As soon as a driver reaches the age of 65 his license should be revoked, and as compensation he should be granted a 25 percent discount on Uber.

The only motorized vehicle a person over age 65 should drive is a Hoveround scooter.

Whenever there is an accident involving a senior citizen and a normal driver, the police offer should always assume the old person is at fault.

In a perfect world our highways and byways would be senior citizen free zones. 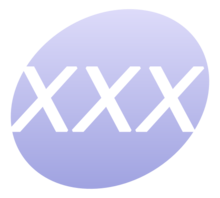 The man`s lowly death was revealed by a member of the cleaning team, who said his company had been hired to remove the magazines discreetly in a way that would not be noticed by neighbours and the man`s family to save them from the shame.”

This article brings up a lot of questions:

What kind of landlord waits six months to find out why his tenant hasn`t been paying his rent? When I was a tenant if I was six days late, my landlord would be banging on my door demanding his money.

Why didn`t the floor collapse under the weight of six tons of dirty mags?

How the hell do you remove six tons of adult magazines from a house discreetly? Did the cleaning crew wrap each magazine in a brown paper?

Didn`t this wanker have a girlfriend, boyfriend or significant other that cared enough about him to come by and check on him? Rhetorical question, anybody who buys 6 tons of pornographic magazines doesn`t have any friends, let alone lovers.

What were this loser`s last words?

But God, I only bought the magazines for the articles.

“The internet is on fire talking about a handshake. Specifically, a handshake between U.S. President Donald Trump and Japanese Prime Minister Shinzō Abe. It`s a weird handshake that goes on far too long even for Abe`s liking. Seriously.”

During a photo op in the Oval Office, a Japanese reporter asked Donald Trump and Japanese Prime Minister Shinozo Abe to shake hands. A simple and innocuous request, what could possibly go wrong?

Trump pulled Abe`s hand too close for comfort, patted it several times as if he was patting a woman`s behind, and held on for 19 seconds.

Trump may have felt like smoking a cigarette after the awkward encounter, but after surviving the interminable handshake, poor Abe may be in need of post traumatic counseling.

When Trump finally released Abe, he rolled his eyes towards heaven. We feel you Prime Minister Abe, Trump`s got us all rolling our eyes.

I`m proud of myself; I didn`t make any jokes about Trump compensating for his tiny hands by …