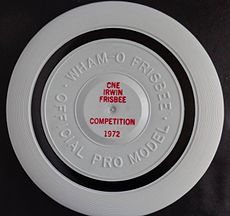 “Fragments of a miniature flying saucer from an incident known as the British Roswell have been rediscovered in a cigarette box at London`s Science Museum.

The item was originally discovered on Silpho Moor near Scarborough in 1957. The 16-inch metal disc weighing 22 lbs was reportedly inscribed with hieroglyphics similar to those found on the Roswell incident wreckage in 1947; the most infamous of all supposed UFO discoveries.

The unidentified object was found to contain a book made of 17 thin copper sheets, each covered in more hieroglyphics. Local café owner Philip Longbottom claimed the book translated into a 2,000-word message from an alien called Ullo, warning: You will improve or disappear.

Experts at the Natural History Museum in London quickly decided that the `Silpho UFO` was an elaborate hoax, as there was no evidence that the metal was from elsewhere in the solar system, and the item showed no signs of having passed through Earth`s atmosphere at high temperatures.”

London`s Science Museum would be well-advised to hire a dozen security personnel as UFO nuts will soon descend upon it to venerate the UFO artifact.

The 16-inch metal disc inscribed with hieroglyphics was originally discovered on Silpho Moor near Scarborough in 1957. Hmm, could it be that this mysterious disc was an early prototype of the Wham-O Frisbee, and the “hieroglyphics” were actually copyright symbols?

Experts at the Natural Museum in London quickly dismissed the “Silpho UFO` as an elaborate hoax, but UFO experts will no doubt claim that the tiny flying saucer belongs to a Lilliputian race of aliens from the planet Uranus.

The unidentified object contained a book made of 17 thin copper sheets covered in hieroglyphics. A UFO-loving weirdo claimed the 2,000 word message was a message from an alien warning the human race: Improve or disappear. I`m not an expert on deciphering hieroglyphics, but I would guess the message is actually: There`s a sucker born every minute.

Enough already with this UFO tomfoolery!