Donald Trump stump speeches are so inflammatory, fiery and chock full of racist dog whistles, that any audience member with a shred of decency and integrity is almost compelled to heckle him.

During Trump’s two presidential runs he was often heckled, and he always responded by threatening hecklers with violence.

During last night’s speech about protecting democracy against Trump and his MAGA followers, Biden was frequently interrupted with cries of “Fuck Joe Biden” and “Let’s go Brandon”, a more polite way of expressing the same hateful sentiment.

President Joe Biden answered hecklers by reminding everyone that profane and obnoxious critics have their place, too. “They’re entitled to be outrageous, he said. “This is a democracy.”

The hecklers interrupting Biden’s speech with obscenities proved the premise of his speech that Trump’s MAGA supporters are unhinged and dangerous.

And Biden’s response proved that he understands that in a democracy even boorish hecklers are tolerated and not threatened with violence.

If the choice in 2024 is once again Trump vs Biden, anyone who heard the president’s speech last night knows that a vote for Biden is a vote for democracy and a vote for Trump is a vote for tyranny. 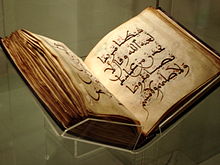 “A Danish man who posed a video of himself setting fire to the Quran on Facebook has been charged with blasphemy in the first such prosecution for 46 years.

The 42-year-old suspect put the clip, entitled `Consider your neighbour: it stinks when it burns` to a group called YES TO FREEDOM – NO TO ISLAM in December 2015.

Jan Reckendorff, from the public prosecutor`s office in Viborg, said: It is the prosecution`s view that circumstances involving the burning of holy books such as the Bible and the Quran can in some cases be a violation of the blasphemy clause, which covers public scorn or mockery of religion.”

If an individual was charged with blasphemy by a Western government for setting a Bible on fire the backlash would be intense and immediate. The hashtags #burnthefuckingbible and #separationofchurchandstate would be trending on Twitter, and there would be mass protests in every major Western city.

That said, burning the Koran is an incendiary act (pun intended) that only serves to sow discord and violence. Religion shouldn`t be exempt from criticism and ridicule, but burning the Koran doesn`t bring to light the excesses of Islam, it only exposes the stupidity of the person burning the holy book.

The Koran is treated with reverence by Muslims and any act of desecration of the holy book is perceived as a grave insult worthy of the death penalty. In a democratic country non-Muslims shouldn`t be bound by the prohibitions of Islam. I would never burn a copy of the Koran as a protest against the Neanderthal mindset of Islam, but if I performed such a foolish act it would be constitutionally-protected free speech.

I have written dozens of articles criticizing the abhorrent treatment of women and religious minorities in Muslim countries like Saudi Arabia and Iran, the written word is the best way to fight intolerance and religious fanaticism.

By the way, I have also written dozes of articles criticizing the homophobia and sexism of evangelicals, although I`m not drawing a moral equivalency between the two major religions. When Islam is criticized or mocked too many Muslims react violently, whereas when Catholics or evangelicals are attacked, they write a letter to the editor or post a rebuttal on their blogs.

In a secular democracy whenever we hear hate speech citizens must condemn it in no uncertain terms, but it`s anathema for the government to punish free speech. Denmark is a parliamentary constitutional monarchy, not a theocracy, for God`s sake.

“A Hillary Clinton doll dangles from a metal hook next to a `Make America Great Again` sign inside the Pleasant View Orchards store in Smithfield. It has some customers up in arms, but owner Anthony Polseno says it`s not meant to offend.

When word spread about the doll, it led some people to take to the internet describing their outrage through reviews. One saying in part, `having a doll of Hillary Clinton, Secretary of State with a noose around her neck? that is not only so disrespectful but misogynistic and hateful.`

Polseno, who`s run the orchard for 50 years, says the doll was a gift from a customer. But, the complaints started before the Clinton doll, they began when he first hung his Donald Trump `Make America Great Again` sign. “

Poleseno`s Hillary doll dangling from a metal hook next to a “Make America Great Again” sign in his business may be in bad taste, but it`s an example of constitutionally protected free speech.

If a customer is offended by the Hillary doll, instead of getting his panties in a twist; he should simply not patronize Pleasant View Orchards.

In my opinion a Hillary Clinton doll dangling from a metal hook is a vivid example of Making America Great. Political discourse whether it takes the form of speech, performance art or an effigy of a politician dangling from a metal hook is democracy in action. I thank God we live in a free country where we won`t be fined or jailed for ridiculing or criticizing politicians.

I wish I had a Hillary Clinton doll that I could dangle from my front porch; the humiliated political hack needs to be reminded that she is despised by most Americans.

Hillary if you`re thinking of running again in 2020, please take a good look at your likeness dangling in this patriot`s place of business.