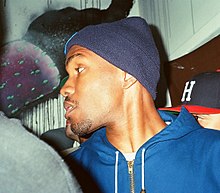 Moon River is the quintessential crooner`s ballad, the Oscar-winning Henry Mancini-penned standard was originally performed by actress Audrey Hepburn in the 1961 film Breakfast at Tiffany`s, it became the theme song for easy listening king Andy Williams, and it`s been covered by every crooner worth his or her salt from Frank Sinatra to Judy Garland to Sarah Vaughan to Morrissey.

Moon River was tailor-made for neo-soul crooner Frank River, and on Valentine`s Day he released his idiosyncratic version of the pop standard. The minimalist masterpiece featuring the singer`s dreamy vocals will cross you in style to the rainbow`s end where you can forget all your troubles for a short spell.

We all need a respite from the tragic news of the school shooting in Florida, relax my friends and enjoy: