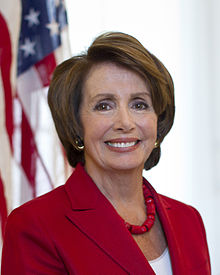 The Democrats would be well-advised to tell Hillary to enjoy her retirement in peace, solitude and QUIET, force Nancy Pelosi to resign, and suggest that it`s time that Elizabeth Warren retires to a reservation.

The Democrats are too politically-correct to tell these witches that their time is over, and they need to take a hike in a forest that`s teeming with bears and wolves. These strident, shrieking old hags are leading the Democratic Party to ruin.

Senate Majority Leader Mitch McConnell famously silenced Warren when the grandstanding drama queen read a letter from Coretta Scott King during a debate over the nomination of Sen. Jeff Sessions. Is there not one Democrat with the balls to tell Warren to shut the hell up?

Then there`s Hillary, the horror flick monster who refused to die, after suffering humiliating losses to a relatively unknown senator from Illinois in 2007, and a vulgar clown in 2016, she should have publicly announced her retirement from politics and devoted the rest of her wretched life in support of Slick Willy`s rape victims.

But no, she`s still the face of the Democratic Party granting interviews and speaking to whatever group will pay her hefty speaking fee. I`m an Independent, but I won`t vote for any Democratic candidate until they rid themselves of these deplorable creatures.