“A popular, vociferously antisemitic promoter of the pro-Trump QAnon conspiracy theory was identified as an evangelical Christian man from Florida.

The man, who goes by GhostEzra on the encrypted messaging app Telegram, has more than 300,000 followers and posts ‘explicit Nazi propaganda, including outright Holocaust denial and a slew of conspiracy theories that often range from obliquely to explicitly antisemitic,’ according to Logically, an organization that tracks disinformation online and uncovered his identity.”

It’s also not surprising that Florida, a Mecca of evangelical Christianity, is a breeding ground for vile politicians the likes of Senator Marco Rubio and Governor Ron DeSantis who invoke the name of Jesus while promoting un-Christian policies that disfranchise racial and religious minorities.

White evangelicals make a fetish of the state of Israel, while at the same time many of them believe Jews control the media and the government in the United States and international Jewish bankers control the world economy. They believe that the United States should financially and militarily support Israel, while at the same time they believe Jews secretly run the world.

QAnon cultists like Ghost Ezra believe Trump is fighting a cabal of Democratic politicians and Hollywood stars who kidnap children, and harvest their blood, this is just a new version of centuries old antisemitic tropes.

There is nothing new under the sun, religious fascists like American white evangelicals and conspiracy theorists like QAnon fanatics have been around forever, and we must never grow weary of fighting their message of hatred with truth, love and justice. 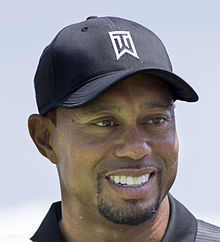 “Authorities in Florida are asking for the public`s help finding a large $25,000 swan sculpture stolen by a naked man.

The Polk County Sheriff`s Office said surveillance cameras at Lakeland Cold Storage were recording just before 5 a.m. May 19 when a naked man carrying a 5-gallon bucket squeezed through a gap in the fence.
`Do you call that buck naked, or bucket naked?` the sheriff`s office quipped in a Facebook post.”

A sordid story involving a buck naked burglar, a bucket, and a $25,000 swan sculpture could only happen in Florida. I`m just surprised that the stolen item wasn`t a $2 plastic pink flamingo.

The burglar must have balls the size of bowling balls, it takes real balls to squeeze through a gap in a chain link fence when you are naked.

The burglar has been nabbed, but the swan is still missing. The naked burglar probably sold in on eBay for $20 so he could buy some meth.

God have mercy on Floridians. 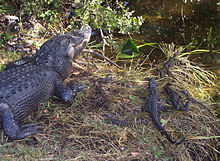 “A large alligator strutted across a Florida golf course proudly carrying an almost equally large fish in its mouth.

Norma Respess captured footage of the gator and its massive trophy as it made its way across a walkway at Seven Springs Golf and County Club in Trinity.”

When a monster gator nonchalantly strolls across a Florida golf course proudly carrying a large fish in its mouth, nobody bats an eye. Pardon the pun, but alligators on a Florida golf course are par for the course. In fact I wouldn`t be surprised if there are “Alligators have the right of way” signs posted throughout the Seven Springs Golf and Country Club.

In Australia I`m sure it`s not unusual to see a dingo carrying a fat toddler in his mouth on a golf course, and it`s Hollywood nobody will think it odd if a celebrity is boinking a fat bimbo to celebrate a win on the 18th hole.

Dog bites man: Not a story

Alligator strutting across Florida golf course: Not a story

If an alligator beats Tiger Woods playing golf: Story! Then again maybe not, even an alligator with a bad gold handicap could probably beat Woods. 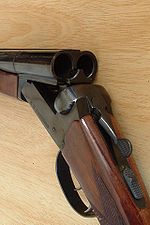 A woman told authorities that she had gone to Savell’s home with a friend. Savell said they started drinking and were getting too loud, and said she didn’t want them in her home.

Savell armed herself with a handgun and started shooting at their feet from the doorway of the home, officials said. The woman was hit in the legs and was taken to a hospital for treatment. Savell’s boyfriend was also hit in the leg with a bullet during the shooting, authorities said.

The boyfriend allegedly told authorities that he told Savell that if someone is told to leave their property three times, she is to get the gun and shoot it at the ground. If that doesn’t work, she’s supposed to shoot them in the leg.”

Today is Thanksgiving, and most of us are going to have to deal with a guest from hell, who simply refuses to leave. You can put away all the leftovers in the fridge, turn off the lights, slip into your pajamas, and the clueless guest won’t take the hint, he’ll still be in your living room, drinking your beers and watching football on your TV.

We’re too polite to simply tell the guest: Listen buddy, it’s time for you to get the hell out of here! But that’s not the way they roll in the trailer park. In the trailer park they have a three strikes and you get shot rule. If you tell a guest three times to leave to no avail, then you grab your shotgun and shoot it at the ground. If that doesn’t work, then you shoot the bastard in the leg.

Not only was the guest shot, but the homeowner’s boyfriend was also shot as well. He has only himself to blame, because he’s the one who advised Savell to shoot guests who refuse to leave.

Decline any invitations to attend a party at a trailer park!

Don’t overstay your welcome, especially if you don’t have a decent health care plan.

Parting thought: Judging by her mugshot Savell doesn’t look all that bad. I would bang her, but I wouldn’t stick around and smoke a cigarette in bed with her, she might shoot my ass when she sobered up.