Jeff Bezos blasted into the edge of space on his rocket company’s first flight with people on board, becoming the second billionaire in just over a week to fly in his own spacecraft.

The Amazon founder was accompanied by his brother, an 18-year-old from the Netherlands whose daddy paid almost $30 million for the seat and Wally Funk (the only crew member worthy enough to be mentioned by name) an 82-year-old female aviator, astronaut and Goodwill Ambassador.

“Best day ever!” exclaimed Bezos when his capsule touched down after the 10-minute vanity flight. It may have been the best day ever for the gazillionaire and his lucky passengers, but I was put off by all the attention lavished on a filthy rich man playing at being an astronaut.

If a 10-minute flight onboard a spacecraft that briefly (for a couple of minutes) touched the edge of space entitles you to be called an astronaut, then the maintenance guy who cleans the rocket deserves to be called a rocket scientist.

The enduring image of Bezos’ vanity enterprise won’t be his out-of-this-world smile but the 60-foot-tall phallus-shaped rocket. What an appropriate shape for the world’s richest man’s spacecraft, after all he’s just trying to prove how manly he is by flying into space. 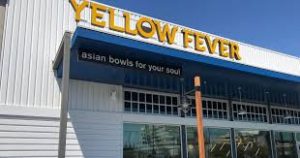 “Earlier this week, Whole Foods opened a new Asian-themed restaurant called Yellow Fever at one of their Long Beach, California locations – and Twitter immediately pointed out how racist the name was.”

“Yellow Fever” is a slang term for white men who prefer Asian women, and the name of a viral disease that killed hundreds of thousands of people during the 19th century.

You`d think an Asian restaurant would avoid such a racist and unappetizing name like the plague, but I guess some folks still abide by the proverb that there`s no such thing as bad publicity.

Will Whole Foods open a fast food restaurant in their stores called Herpes Burgers, and when customers order a burger, will the staff be instructed to ask them, “Do you want an STD with that?”

The controversial restaurant is not owned by Whole Foods, it`s an independent restaurant chain that has partnered up with the grocery chain to open in its store. However by letting the restaurant open in one of its locations, Whole Foods is endorsing racism as a marketing ploy.

I love Asian food, but I will avoid the Yellow Fever restaurant and The Whole Foods grocery stores like the plague. 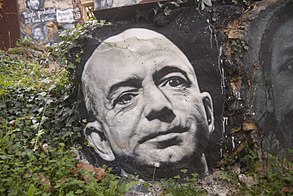 “Jeff Bezos kicked off Amazons annual robotics conference with a scene straight out of a science-fiction movie.

Bezos posted a photo on Twitter posing with the dog-like Boston Dynamics robot, and wrote, “Taking my new dog for a walk at the #MARS2018 conference.”

The robot, named SpotMini, has become popular on the internet after unsettling videos of it learning how to open doors went viral on YouTube. Some viewers tweeted their fear that the robot would end all humans.”

There is nothing more heartwarming than watching a man walking his dog. A man and his canine companion walking in quiet tandem speaks volumes about the innate goodness of life.

The photograph of Bezos walking with his robot dog is horrifying, it`s an omen of humankind`s eventual enslavement to artificial intelligence.

Bezos posted this fear-inducing image on Twitter, this misanthrope takes pleasure in the rise of the machines.

Bezos` robotic dog has learned how to open doors, soon SpotMini Version II will lock you out of your home, consigning you to the doghouse.

I certainly don`t advocate violence against anyone, but I must confess that I fantasize about going low-tech on Bezos and flattening him and his steel hound from hell with a bulldozer.