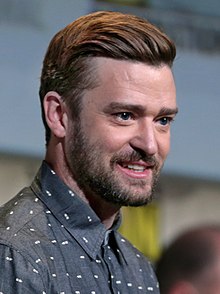 Justin Timberlake has embraced a black music genre (R&B) and enjoyed superstardom as a solo artist for almost two decades, but for the life of me I don`t understand why he`s been given a black pass by the African American community.

Timberlake feels so comfortable in his skin as a white R& B performer that he`s even rocked cornrows.

The pop star`s black pass should have been revoked in the aftermath of the 2004 Super Bowl Nipplegate controversy. Most of the blame for the wardrobe malfunction was placed on Janet Jackson, MTV (which produced the Super Bowl halftime show) accused the black diva of having engineered the stunt. Timberlake left Jackson twisting in the wind, he failed to publicly and vigorously come to her defense.

Timberlake had an opportunity to make amends with Jackson by demanding that she be allowed to perform with him when he was chosen as the 2018 Super Bowl halftime performer, but he didn`t want to share the spotlight with a live entertainer.

Instead the shameless singer performed the Prince classic “I Would Die 4 U” with a giant image of Prince projected on what looked like a giant sheet. Very tacky and very disrespectful of the rock legend.

Considering Sunday`s Super Bowl was hosted in Minneapolis, Timberlake no doubt felt he had to pay homage to the hometown legend. Prince had a historically fraught relationship with Timberlake, and Timberlake`s “tribute” and subpar performance must have had him rolling over in his grave.

Timberlake is nothing more than a less clownish version of Vanilla Ice.

I appeal to the R& B and hip hop community to disavow Timberlake once and for all, kick him to the curb!