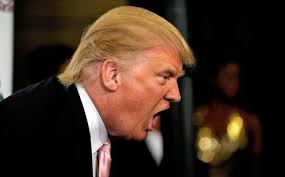 You don`t have to be a psychic or a a political analyst to know that historians will fill tomes with millions of words (more nuanced and subtle), but arriving at the same conclusion as this humble blogger.

Generations from now citizens will wonder why we elected such an abomination, and why Congress and the public allowed him to remain in power.

But now, at this moment, I am outraged that white evangelicals not only tolerate a crass con man who is the antithesis of Christianity, but actually believe that he was anointed by the Almighty to make America Great Again.

The white evangelical movement has been terminally tainted by their insane support of Trump, and our democratic institutions have been severely damaged, but I`m optimistic that our democracy will survive.

I take solace in the fact that I have repeatedly spoken out against Trump, and I beseech all my readers to join the resistance. We can and must defeat Trump, his evangelical enablers and the spineless Republican congressional defenders.