William Shatner, who played Captain James T Kirk in Star Trek, has confirmed that he will go to space this month on the second launch staged by the Amazon founder Jeff Bezos’s space travel company, Blue Origin.

Shatner will blast off from West Texas on October 12, making him the first nonagenarian to go boldly go where few people have gone before.

The October flight may only last about ten minutes, but can a man who is older than Earth survive a 6-G forces flight?

The old geezer isn’t flying to a galaxy far, far away, he will barely touch the edge of space, but that’s too far away for his medical alert device.

For the sake of his fellow astronauts, I hope Shatner will be wearing heavy-duty space diapers.

Why was a hack actor selected for the Blue Origin flight to the boundary of space? Hmm, maybe because in an interview in July, Shatner defended the right of billionaires to go on joyrides in space, saying; “It’s their money They can do what they want with it.”

All I can say is: Beam me up Scottie, all these wanker billionaires and addled celebrities are really working my last nerve. 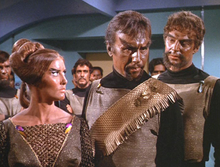 That`s how teacher André Muller greets students in his class. If the word (pronounced Sha-vaan), sounds a bit alien, that`s because it is. Muller is teaching Klingon – the language of about 3,000 words spoken in the Star Trek universe.

Even though the Klingon race is fictional, the spoken language – invented in 1984 by American linguist Marc Okrand – is now being taught at Migros Club School, Switzerland`s largest adult education institution.

I`ve always wanted to learn a second language, being a Latino I`d be willing to invest $800 to take a course to learn how to speak, read and write in Spanish fluently. But I wouldn`t spend eight cents, let alone $80 to learn how to speak a fictional language that`s only spoken by a couple of thousand nerds in the entire world.

Any wanker who spends $80 to learn Klingon shouldn`t live long and prosper, he should die a quick and painful death. Don`t get me wrong I love the original Star Trek TV series, but somebody who learns Klingon isn`t a devoted fan, he`s nothing but a toxic fart on the planet Uranus.

Speaking of language courses, Donald Trump would be well-advised to enroll in an adult education remedial English class.