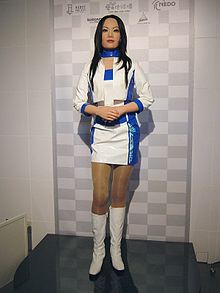 There`s a big market for sex robots, and robot brothels are opening in cities all over the world, which leads me to ask: are sex robots superior to prostitutes?

There is no such thing as a prostitute with a heart of gold, when a woman is treated as a piece of meat with three orifices for rent her heart shrinks to a hard pebble.

Here are eight reasons why a sex robot is superior to a hooker:

The computer generated moans of a sex robot are more realistic than the fake moans of a bored whore.

A sex robot`s orifices aren`t cesspools of STD`s, after each use the machine can be thoroughly cleansed with bleach. I doubt a prostitute douches and scrubs her love box, or even takes a shower in between customers.

The eyes of a typical working girl resemble the orbs of a dead fish, whereas the twinkle in a sex robot`s eyes will never diminish, as long as the batteries don`t wear out.

A harlot in a brothel will gossip about your shortcomings, but what happens in the room with your sex robot stays in the room.

If you visit a streetwalker when you`re inebriated there`s a chance she might roll you, but there`s zero chance a sex robot will take advantage of a drunk customer.

A call girl might not be able to suppress a giggle when she sees your manhood, but a sex robot can be programmed to believe that every client is hung like a horse.

A John with a conscience will always wonder if any of the escorts he slept with got pregnant and had his baby. Needless to say you don`t have to worry about getting a sex robot pregnant.