Tim Scott is the only black Republican in the Senate, and it would be great if he was the first GOP leader to speak truth to power whenever Donald Trump makes a racist statement or fails to unequivocally condemn white supremacists.

For example, when Trump refused to condemn the white supremacist group, the Proud Boys, during the presidential debate, and instead instructed them to “stand back and stand by”, he should have immediate blasted Trump.

Instead, in the timid and subservient voice of a House Negro he said:

Scott is one of a handful of token blacks in Trump’s orbit, he is frequently called upon by his Master to stand by his side, with his grinning Uncle Tom grin, when the president is celebrating a legislative victory.

It’s clear that Trump didn’t misspeak, for years Trump has made racist remarks and has stubbornly refused to distance himself from racists.

“If he doesn’t correct it, I guess he didn’t misspeak.”

Allow me to translate Scott’s words, in effect he is saying, “if Trump doesn’t clarify his remark, I guess he is a racist. Oh well, it’s not my place as a House Negro to condemn my master.”

“Although former GOP presidential candidate Herman Cain died from coronavirus in July, his Twitter account issued two posthumous attacks on Joe Biden and his running mate, Kamala Harris, on Wednesday and Thursday, appearing to make good on the Cain family’s vow to use his platforms ‘to share the information and ideas he believed in.’”

The Cain family is beneath contempt, they are using their dead daddy’s (Our Uncle Tom) Twitter account to attack Joe Biden and Kamala Harris.

Herman Cain shucked and jived, tap danced and performed all sorts of coonery and buffoonery in service of his Massa Donald Trump. But the Cain family and the political operatives who are managing his Twitter feed to send out zombie tweets just won’t let the devil rest in peace.

I didn’t wear a mask when I attended the Tulsa MAGA rally because I didn’t want to offend Trump; I caught the virus and I am now burning in hell for my sins. Don’t be like me: wear a mask, don’t vote for Trump and don’t be an Uncle Tom.

It’s a nightmare seeing a posthumous Herman Cain tweet, but imagine how horrible it would be to see Trump tweet from beyond the grave. With a demon ramming hot coal up his ass, Trump’s tweets from hell would be even more toxic than they are now, if that’s possible.

“Ment Nelson watched the scene unfold in a YouTube clip on his phone – a rapper professing his love for the president in the Oval Office – and wanted to document the moment from the October meeting forever.

In his bedroom, Nelson began to draw and then paint and soon the Beaufort native and artist had produced a watercolor showing a grinning Kanye West with a red cap bearing the “Make America Great Again” slogan of Donald Trump`s presidential campaign. Opposite West, lipstick is seen on the cheek of a frowning Trump.”

Jim Carrey isn`t the only artist expressing his loathing of Trump via his art, Ment Nelson has produced a watercolor depicting Kanye West with an Uncle Tom Grin and a frowning Donald Trump with a lipstick kiss on his orange cheek.

I`m not an artist and I can barely draw a human stick figure, but I recognize great art when I see it, and Nelson`s watercolor painting is a masterpiece.

How the mighty have fallen, Kanye West is a rapper, producer, fashion designer and entrepreneur, and he was a role model for blacks and all people of color.

Rappers are a symbol and expression of African American vitality; they are the rock stars of our generation, as they prowl the stage, rapping truth to power. Rappers ooze masculinity and confidence, as they demonstrate you don`t have to be subservient to the white power structure. For one of the kings of rap to turn into a Trump-kissing Uncle Tom house Negro is a shame and an affront to the black community.

Trump doesn`t mind a black man shucking and jiving, but the hug crossed a red line. Trump doesn`t mind West`s support, he falsely believes it will improve his standing in the black community, but he`s still a Negro, and a Negro should never make the mistake of embracing his superior.

Kanye West is an affront to the black community in particular, and to humanity in general. Kudos to Nelson for reminding us that West is trash.

Link to pic of masterpeice: https://www.islandpacket.com/entertainment/arts-culture/article223914575.html#storylink=cpy 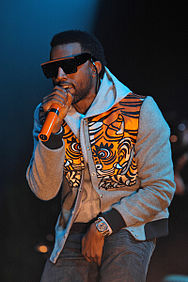 “The world is still talking about Kanye West`s bizarre lunch with President Donald Trump – including White House staffers. And many of them are feeling hugely embarrassed by the president`s Oval Office meeting with the rap star, New York Times White House correspondent Maggie Haberman told CNN on Friday.

`If you look [at the president`s] face as Kanye West was doing, essentially, his filibuster standing in front of the Resolute Desk, [Trump] looks speechless and confused, right. [He`s] uncertain quite what to do with this,` Haberman said.”

In 1972, two days after the Republicans nominated Richard Nixon, Sammy Davis Jr. embraced the presidential candidate while on stage at a Republican Youth Rally.

In the pre-Internet age the photo of Davis hugging Nixon went viral, and the entertainer instantly became anathema in the black community.

The Nixon/Davis embrace is nothing compared to Kanye West`s surreal Oval Office meeting with Trump.

The rap star, wearing a Make America Great Again hat, held forth for almost ten minutes, in a stream-of-consciousness rant that wouldn`t be out of place in a mental asylum, but was totally unbecoming in the Oval Office.

Trump should fire Jared Kushner and anybody else responsible for this fiasco, it was a humiliation for Trump and an embarrassment for America.

In his wide-ranging one-sided conversation Kanye said he was misdiagnosed with bipolar disorder and was simply sleep-deprived. I`m not a psychiatrist and I don`t play one on TV, but my diagnosis is that Kanye is batshit crazy. I`ve gone without sleep for 24-hours on more than one occasion, but sleep deprivation never made me act like I was off my rocker.

At the end of Kanye`s profanity-laden pontification, all Trump could manage to say was “that was pretty impressive. That was quite something.” No shit! That was something that should never have been allowed to take place in the Oval Office.

Kanye ended his performance by warmly hugging Trump, probably the worst moment in the racist and germaphobe president`s life.

I hope all of America watched that grotesque display, and will express their displeasure and disgust November 6, 2018.