“A Twitter poll created by Elon Musk asking whether he should ‘step down as head of Twitter’ ended early Monday morning with most respondents voting in the affirmative.

Musk had said he would abide by the results of the unscientific poll, which began Sunday evening and concluded with 57.5% voting yes, 42.5% voting no.”

Elon Musk became the owner and CEO of Twitter on October 27, 2022, after acquiring the social media company for $44 billion. The world’s richest man is a petulant and mercurial child with a penchant for conducting unscientific polls on Twitter to make important decisions about his social media platform/plaything. If Musk remains as CEO, within a year Twitter will join My Space and Napster in the dustbin of cyber history.

The bots have spoken and I hope Musk will keep his word as step down as the CEO. If he steps down who should take over? There is only one person in the world with the gravitas, charisma, wisdom, coolness and gangsta cred to run Twitter.

Snoop Dogg conducted his own Twitter poll, he posed the question “Should I run Twitter?” 84% answered in the affirmative, and 16% said no. If those idiots who voted “no” would only smoke a joint they would have an epiphany and demand that the Doggfather take over Twitter.

The rapper has a universal appeal that transcends musical genres, political labels and religious affiliations. If he became the CEO the virtual cesspool would be transformed into an ocean of tranquility, where liberals and conservatives would tweet messages of love to each other.

If you don’t concur with me that Snoop Dogg should take over Twitter, hit the bong and soon you will agree.

If an evangelical attempts to persuade me to vote for Trump, I’m not going to waste a precious second arguing that he is the antithesis of the Gospel teachings of Jesus Christ.

I would simply tell him/her: Fuck you, Fuck Donald Trump and fuck the God you have created in your image.

It’s folly to attempt to have a nuanced discussion employing facts, reason and logic with a fool who is completely in the thrall of a Hitler or a Trump.

No political analyst has provided a better political assessment of Donald Trump than Snoop Dogg:

“Fuck Donald Trump. We ain’t voting for your punk ass. Go get you a new hairdo bitch ass.”

I’m down with Snoop! Fuck Donald Trump! I’m not voting for his punk ass! Snoop is right, his urine-colored combover hairdo is played out.

Fuck Donald Trump! Can I get an Amen?

The Make-A-Wish Foundation is a nonprofit that helps fulfill the wishes of children with a critical illness between the ages of 2½ and 18 years old.

I’m not a child, although it could be argued I’m on my second childhood, and I’m not critically ill, although I have many serious underlying diseases, but I turned 65 this month and it’s made me contemplate what unfulfilled wish I would most like to see come true.

I don’t lust after a Ferrari, I’m content with my Ford Focus. I don’t desire to live in a gated community, I’m satisfied with my little pink house in my working-class neighborhood.  I don’t lament not having a trophy wife, my loyal dog is all the company I wish or desire.

However, my life is not complete, and if I dropped dead today, I would mourn that I kicked the bucket without having experienced the transcendent pleasure of smoking a blunt with Snoop Dogg, that’s my Make-a-Wish fantasy, and Number One on my bucket list.

Snoop is the most admired and beloved celebrity in the world; his music transcends genres, and he exudes goodness, purity of spirt and a cool vibe that appeals to children from two to ninety-two. Even folks who think rap music is of the devil, are enthralled by the heroic figure straight outa Long Beach.

Chillin’ on the beach, “Gin and Juice” playing on the radio and Snoop Dogg and I sharing a fat ass blunt. That’s nirvana! That’s paradise! That’s No. 1 on my bucket list. 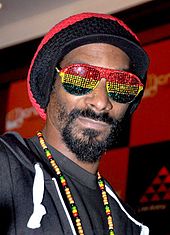 Donald Trump periodically fires up his base by attacking a black athlete. On Monday he attacked Marshawn Lynch of the NFL`s Oakland Raiders for not standing up for the National Anthem in their game against the New England Patriots played in Mexico City.

Marshawn Lynch of the NFL`s Oakland Raiders stands for the Mexican Anthem and sits down to boos for our National Anthem. Great Disrespect! Next time NFL should suspend him for remainder of season. Attendance and ratings way down.

Trump who is universally despised by everyone except his ever dwindling racist base, was put in his place by the universally loved rapper, singer, songwriter, record producer, television personality, and actor Snoop Dogg.

Snoop fired back in a video, stating,

Snoop doesn`t mince words, he keeps things gangsta real as you can see in his expletive-laden response to the racist cockroach.

It is impossible to address Trump without firing F-bombs, it`s the only language the vile creature understands.

This is the best line in the Doggfather`s rant:

F**k all the goofy sh**t you do everyday.

Trump spends his day farting around the White House, posting crazy tweets, insulting his staff, watching the cable news channels, and writing executive orders that are destined to be overturned by the courts. In other words, the crazy f**k does goofy sh**t all day. Snoop Dogg, you are a gentleman, a scholar, and a wordsmith.

I`m down with the rap icon, I f**k with Mexicans, and I stand for the Mexican motherf**king National Anthem. 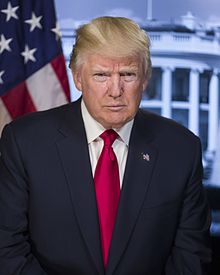 “A satirical music video featuring the rapper Snoop Dogg and a clown called Ronald Klump is the latest piece of pop culture drawing the attention and ire of President Trump.

On Wednesday, in yet another of his trademark early morning Twitter bursts, the president took the extraordinary step of invoking `jail time!` in response to the clip, which depicts Snoop Dogg pointing a toy pistol toward the Klump character. When the rapper pulls the trigger, a sign that says “bang” drops from the barrel in the style of classic prank guns; Klump is later shown in chains.”

This article is a follow-up to my previous essays:

I knew that it was only a matter of time before Donald Trump would express his outrage on Twitter at Snoop Dogg for his anti-Trump video.

Any institution or individual who ridicules or criticizes Trump is branded as “failing” by the think-skinned president. The rap icon may be many things including a stoner, but he`s not failing as an entertainer by any sense of the word.

Donald Trump loves celebrities, and he was crushed when all the A-list celebs declined to perform at his inauguration. Trump was happier and more satisfied when he was firing contestants on “Celebrity Apprentice,” than he is serving as president of the United States.

When a celebrity like Meryl Streep, Rosie O`Donnell or Snoop Dogg criticizes Trump it really cuts him to the bone.

The only one who is failing is Trump, Snoop doesn`t tolerate any Oompa Loompa clowns, and neither do most Americans.

“Snoop Dogg recently jumped on a rework of BADBADNOTGOOD single Lavender. Snoop stars alongside a cast of clowns in the track`s new video. Of the clip, in which a Donald Trump parody reigns supreme-at one point announcing the deportation of all dogs-Snoop told Billboard, `Nobody`s dealing with the real issue with this f–king clown as president, and the shit that we dealing with out here, so I wanted to take time out to push pause on a party record and make one of these records for the time being.` In a climactic scene, Snoop pulls a gun on the Trump clown in a parking lot; later, a chain-bound Trump tries in vain to join Snoop and his accomplice in smoking a blunt.”

Snoop Dogg is the most beloved celebrity in America; he`s adored by everybody from soccer moms to stoners to Opera aficionados to rap fans…

America is one nation under a groove, Crip-walking to the musical stylings of the Doggfather.

I can`t wait for the day when a true believer of the rap God opens the High and Holy Church of Snoop Dogg. The only sacrament observed will be the smoking of the holy herb, and every Sunday will be a high and holy day.

We love Snoop for a hundred and one reasons, but chiefly because he keeps shit gangsta real.

Snoop doesn`t mince words when it comes to describing Trump, he calls him a fu**ing clown. In the video he pulls a gun on the Trump clown, ties him up, and doesn`t let him smoke a blunt.

You can be sure that if Snoop Dogg was President of the United States, the Trump clown would be behind bars, the poor imprisoned for minor drug offenses would be freed, and everybody would be enjoying a fat blunt.