“Thousands of Brits took to the streets here Tuesday, where they marched alongside a 16-foot farting robot of Donald Trump and held aloft huge photos of John McCain in an attempt to trigger the president.”

During Donald Trump’s visit to the UK, the inflatable caricature of Trump (universally known as Trump Baby) was flown in protest of his racism, bigotry, and xenophobia. Basically the blimp is a protest against everything foul that Trump represents.

The balloon which has achieved iconic status was first flown over Parliament Square, London on July 28, in protest of Trump’s first visit to England as president.

Trump Baby has a presence on all the major social media platforms, and he is so popular that he has made appearances at anti-Trump demonstrations in Paris, Buenos Aires and other major cities, and replicas of the beloved blimp have flown over hundreds of anti-Trump rallies all over the world.

Move over Trump Baby, a new Trump protest symbol made its inaugural appearance this week in London. The Trump farting robot sits atop his golden throne (a golden toilet) with a smartphone in his tiny hand. It emits farting noises and the mantra “no collusion.”

I favor the realism school of art, therefore I would have filled the toilet bowl with real excrement, and given Trump’s penchant for golden showers I would have poured urine all over the work of art. But at least the creator, Don Lessem, kept things real my making his penis only three millimeters.

I’ve grown in love with Trump Baby, and I don’t think the Farting Trump Robot will become quite as popular, but kudos to the Brits for being so inventive and creative. 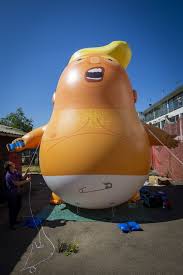 “Plans to fly a giant inflatable figure depicting Donald Trump as a baby over London during the US presidents visit have been approved.

Mr Trump is due to meet Theresa May at 10 Downing Street on 13 July.”

Friday the 13th will be an unlucky day for Donald Trump, he will suffer the humiliation of watching Trump Baby fly over London when he meets with British Prime Minister Theresa May.

To add insult to injury London Mayor Sadiq Khan gave the permission for the balloon to fly, you might remember that Trump unfairly attacked Khan in the aftermath of the London Bridge attack.
Trump Baby is a perfect representation of Trump, from its tiny hands to its ridiculous yellow hair to its permanently agape mouth.

The @realDonaldTrump is a notoriously thin-skinned narcissist who erupts in a Twitter rage at the slightest perceived insult, Trump Baby is also thin-skinned and he`s at the mercy of birds of the air and their sharp beaks.

Trump is a fat blimp full of hot air although he will never achieve enough lifting force to get off the ground; Trump Baby is full of helium and fortunately to the amusement of onlookers and the consternation of the American president he will soar in the skies over London.

Trump Baby is legitimate protest and a glorious expression of free speech, if I had discretionary income I would fly to London to witness this marvelous historical moment. 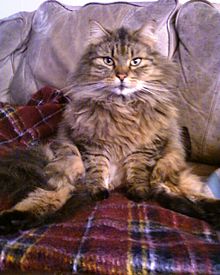 “A man in London has to adjust to life as a cat dad after discovering a cat – that is not his – had given birth to a litter of kittens under his bed.

He has made contact with Cat Protection in an attempt to find mother cat`s owner, aware of the fact that he may have to give up his newly found fur babies.”

This News Hub article raises more questions than it answers. For starters, what was mama cat doing in this stranger`s home? Is she a cat burglar who sneaked into this dude`s house and decided that it would make a perfect home for her and her kittens?

You may also be wondering what took this guy so long to notice that a cat and her kittens were under his bed. This I can understand, I never vacuum or look under my bed, a family of raccoons could be living under there for all I know.

This fellow found himself in a unique situation, but he`s doing all the right things. He`s trying to find the owner of the cat, and he`s turned to Twitter for advice on how to take care of the little ones.

If he can`t find the mama cat`s owner, I hope he keeps her and the babies. It looks like he`s a terrific dad to his fur babies. 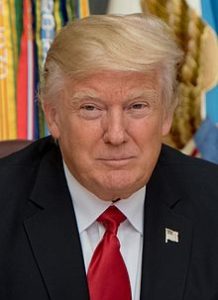 Hours after London was hit by an Islamic terrorist attack, Sadiq Khan the Muslim mayor of London, announced:

Londoners will see an increased police presence today and over the course of the next few days. No reason to be alarmed — one of the things the police and all of us need to do is make sure we`re as safe as we possibly can be.

The mayor was reassuring his constituents that the police were doing everything they could to protect them, and that they shouldn`t be alarmed by the increased police presence.

Whenever an ally of America is hit by terrorism the president immediately issues a statement expressing solidarity and concern. I`m not a politician or a speechwriter, but I could have written a statement for Trump:

My heart goes out to the victims and their families and friends in London. No act of terror can shake the strength and resilience of our British ally. They will maintain a stiff upper lip, stay calm and carry on.

Instead Trump attacked the mayor of London during his time of crisis, he mischaracterized his words in a loathsome tweet:

Why did Trump attack the mayor of London in a time of crisis, when England is our closest ally? I can come to no other conclusion, but that it has everything to do with the mayor`s ethnicity and religion. Trump has a history of attacking people of color, witness his previous victims of his toxic tweets:

Trump`s blatant racism is causing division and strife in the homeland and destroying our relationships with our allies. It`s time to impeach the racist bastard. 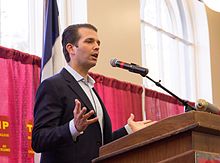 “`You have to be kidding me?!` Mr. Trump said Wednesday afternoon on Twitter, as details of the episode – which left at least five dead, including the assailant, and 40 injured – continued to unfold. The message continued, `Terror attacks are part of living in big city, says London Mayor Sadiq Khan.`

Mr. Trump, the oldest son of President Trump, was calling attention to an article from September in The Independent, a British newspaper, that described Mr. Khan`s reaction to a bombing then in the Chelsea neighborhood of New York City.

Mr. Trump mischaracterized the London mayor`s remarks. Mr. Khan did not describe terrorism as `part of living in a big city,` as if bombings and shootings were an inescapable fact of life. He said that terrorism preparedness, including providing sufficient support to the police, was `part and parcel of living in a great global city.`”

First of all, as the excerpt of the New York Times article shows, Junior twisted the London mayor`s remarks. Mr. Khan didn`t describe terrorism as “part of living in a big city,” his statement was more nuanced and diplomatic.

Although I would argue that terrorism is “part of living in a big city,” there is no way in hell that authorities can prevent a terrorist from mowing down people with a vehicle.

Secondly, Trump gave the impression that the mayor uttered the remarks in the aftermath of the March, 22, 2017 London attack, when in fact he delivered his comments after the September 2016 Chelsea bombing.

Word of advice for all the Trumps:

After the next terrorist attack go with a generic Tweet: My thoughts and prayers are with the victims …