I will miss Carrey’s artwork, but thank God that he’s still using his comedic talents to ridicule the racist-in-chief.

“It gives us a break from the obstreperous, bloviating bag of flatulence that is trying to take the city on the hill and turn it into a Dutch oven. We don’t’ have to pull the covers over our head and breathe deeply the ambrosia of evil.”

Comedy is at times profane, non-politically correct and outrageous, but it is a breath of fresh air that helps us persevere, especially in these dark times under the Trump regime.

If I were a cartoonist and I was instructed to draw a fart as a character for an adult-themed cartoon show I would draw Donald Trump. With his double chin, orange complexion and especially his sphincter-shaped mouth he looks like a fart.

Whenever I see Trump speaking on TV, I unconsciously cover my nose because I expect nothing but noxious nonsense and rancid racism to emanate from his pie hole.

Carrey is spot on; Trump is indeed a bloviating bag of flatulence and he’s made such a mess that his stink will linger long after his term ends.

Mike Pence, Mike Pompeo and most members of Trump’s administration have a brown nose, testament to the fact that they enjoy sniffing deeply the ambrosia of evil.

But I can’t wait until it’s Morning in America again, and we can breathe freely without choking on the moral pollution spewing from the Trump White House.

“California Rep. Eric Swalwell might regret appearing on ‘Hardball with Chris Matthews’ this week after his interview on the MSNBC show went viral for all the wrong reasons.

Swalwell, 39, appeared on Monday’s episode to debate whether or not President Trump used taxpayer dollars to cheat in the election, but midway through one of his statements, a loud farting noise interrupted the broadcast.

‘Chris, so far the evidence is uncontradicted that the president used taxpayer dollars to help him cheat…’ he said, before the erroneous noise was heard. ‘…an election. And the complaint that I’ve heard from Republicans…'”

Eric Swalwell’s presidential run had all the impact of a wet fart, it didn’t make much noise but the utter futility of his campaign left him soiled.

Swalwell’s brief interview with Chris Matthews made more of an impact that his ill-fated presidential campaign. Usually political hacks like Swalwell make news for the hot air that emanates from their mouth, but this time Swalwell went viral for the tremendous blast that emanated from his butt.

Swalwell’s fart was so prodigiously loud that #FartGate briefly eclipsed #UkraineGate as the hottest topic on Twitter. Swallwell’s fart will linger for far longer than a news cycle, it will doom any future presidential run.

The only way Swalwell could have redeemed himself and saved his political career was by admitting that he was the one that cut the cheese. But nobody ever admits that they farted, and certainly not a politician.

Did Swalwell art on live TV? Watch the video! You be the judge! 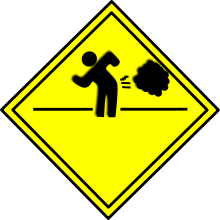 “Patrick Ellis was delivering the weather forecast Saturday for WLBT-TV when a young boy ran into the camera frame.

`Are you sure?! Are you crazy sure?!` the boy asked as Ellis gave the weather.

The young boy ran over to Ellis and lifted a leg to mime the act of passing gas on the weatherman.

Ellis, somewhat flustered, asked if the boy wanted to deliver the weather forecast.

`Yeah, there are farts everywhere and toots, and they are crazy,` the boy said, right before being dragged off-screen by an adult.”

I`ve yelled “Are you sure?” at the TV screen dozens of times when a meteorologist has predicted rain when there wasn`t a cloud in the sky or forecast snow when the temperature was well above freezing.

It doesn`t surprise me that a young kid had the temerity to question a weatherman to his face, but miming the act of farting on live TV is certainly a novel way to express his skepticism.

The kids` forecast of farts and toots everywhere is probably more accurate than whatever the weatherman predicted.

The little fart was dragged off-screen by an adult, I would have dragged the weather dude off-screen.