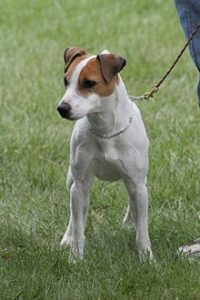 “With Valentine`s Day around the corner, many people are plotting displays of affection for their significant others. But is there any bond that can top the one we have with our pets?

Lily Cardone`s dad, for one, is celebrating the superlative connection he`s got with his dog Sebastian. When flowers arrived at their Florida house, his wife expected them to be for her, but she was sorely mistaken.

Instead, they were a get-well gift for Sebastian, who was recovering from ACL surgery. `Sebastian, Feel better, you`ll be back in the game very soon. Love, Daddy,` it read.”

I love my pooch, Mandy, but if she was recovering from surgery I wouldn`t send her flowers, for one thing she doesn`t care for flowers judging by the way she tears up the flower bed in my backyard. For another I wouldn`t want my friends and family questioning my sanity.

But if this dude ever forgets to send his wife flowers for her birthday or wedding anniversary, I`m sure he will be in the doghouse. I can imagine his wife`s reaction: You sent a flower arrangement to the dog when he was recovering from surgery, but you forgot to send me flowers for our anniversary? Get the hell out of my house, you can sleep in the doghouse the next couple of nights.

Valentine`s day is right around the corner, hmm what should I get Mandy?