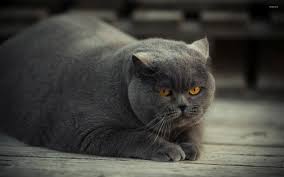 “A woman who smuggled her cat onto a plane was kicked off of the flight by stunned cabin crew.

The passenger from the US told British Airways flight attendants who caught her with the cat she needed it for `emotional support`.

The cat was in her hand luggage, according to the Daily Record, who was told the cat could have got through security at Glasgow Airport.

The woman almost got away with it – but when staff approached her to put her bag in the overhead locker because she was sitting in an emergency exit – the moggie in a box was spotted.”

Folks are really abusing the concept of therapy animals, passengers have been booted from flights for having “support animals” ranging from squirrels to snakes to pigs. So don`t even think about claiming that a pig is your emotional support animal, for God`s sake just check in Rosie O`Donnell and let her travel in the baggage compartment.

This woman should have been arrested for animal cruelty, how she dare stuff her poor kitty in her handbag. The traumatized cat could have used an emotional support animal of his own.

I love my cats, but I leave my kitties at home, secure in the knowledge that I can deal with whatever as long as I`m wearing my big girl Garfield panties.

If this woman can`t leave her house without a support animal, she should stay home and play with her cat.